Keeping professional athletes at the top of their game 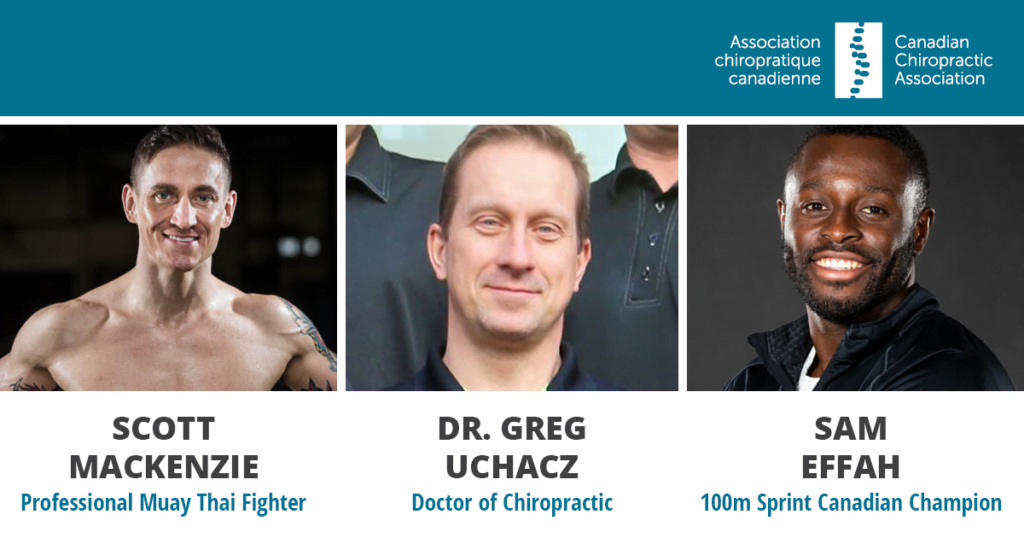 When Scott MacKenzie hobbled into a chiropractor’s office with a broken foot and slipped disc in 2015, he looked at the walls and thought, “I’m finally going to get relief.” He saw dozens of photos and testimonials for Dr. Greg Uchacz from professional athletes like himself — including NHL players Jonas Hiller and Alex Tanguay.

Scott is a Muay Thai fighter and spends hours a day punching, kicking, kneeing and elbowing. This often leads to repetitive strain injuries, which can keep him out of the ring.

“Muay Thai is very hard on your body, not only in competition, but also in training,” says Scott. “I’m constantly slamming my body into other people, so I wanted a chiropractor who understood the rigours and demands that athletes put on their bodies. I found Dr. Uchacz from a Google search and I’ve been seeing him ever since.”

Sam Effah is a two-time 100m sprint Canadian champion who won second place on the 2019 Amazing Race Canada. He’s been a supporter of chiropractic since 2008. 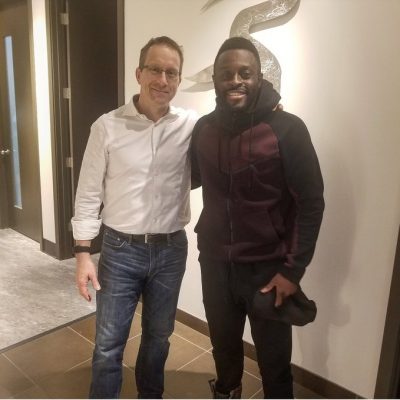 His inspiration came when he saw top track athletes receiving chiropractic adjustments before competing. “They seemed to feel great afterward,” he says. While Sam was in Mexico with Team Canada for the North American, Central America and the Caribbean under 23 championships in 2008, he had his first chiropractic treatment — and was hooked.

“I always try and get an adjustment right before I compete,” he says. “I tell people that if they want to feel good and move well, working with an experienced chiropractor is ideal.”

For nearly 25 years, Dr. Greg Uchacz has treated elite athletes. He’s provided chiropractic support at over 200 international competitions, including the 2002, 2006, and 2010 Olympic Games in Salt Lake City, Torino, and Vancouver. It was his relationship with other chiropractors that opened the door to a career in sports chiropractic.

“During University, I was really drawn to human anatomy, physiology and pathology. Someone put me in touch with Dr. Michael Breen in Calgary. After shadowing him for one day, I knew chiropractic was the career for me.”

Years later, his colleague Dr. Larry Bell told the Dutch bobsleigh team, whose members were training in Calgary, to go and see him. As fate would have it, one of the bobsledders’ girlfriends was on the Canadian team and Dr. Uchacz started treating her as well. Word of mouth through the athletic community has led to other referrals since then.

His clientele has continued to grow because of the results – Scott credits him with keeping his career alive after injury.

“Without Dr. Uchacz, I definitely wouldn’t have gotten as far as I have,” Scott says. “I may not have even continued at all. He has helped me through so many injuries – physically and mentally. He assures me that my injuries will heal, and I’ll be back in the ring.”

Looking for a chiropractor near you? Use our Find a Chiro tool today.